Known to many as the ‘Matisse of Japan’, Mayumi Oda has done extensive work with female goddess imagery. Born to a Buddhist family in Japan in 1941, Mayumi studied fine art and traditional Japanese fabric dyeing. In 1966, she graduated from Tokyo University of Fine Arts. Mayumi’s unique apprenticeship dyeing fabric for kimonos influences the color and composition of all of her works.

From 1969 to the present, Mayumi has exhibited over 50 one-woman shows throughout the world. Her artwork is also part of the permanent collections of the Museum of Modern Art (New York, NY), The Museum of Fine Arts (Boston, MA), Yale University Art Gallery (New Haven, CT), Library of Congress (Washington, DC) and many others.

In addition to her work as an artist, Mayumi has spent many years of her life as a ‘global activist’ participating in anti-nuclear campaigns worldwide. She founded Plutonium Free Future in 1992. On behalf of her organization, Mayumi lectured and held workshops on Nuclear Patriarchy to Solar Communities at the United Nations NGO Forum and the Women of Vision Conference in Washington, DC. In 1999, she launched the WASH (World Atomic Safety Holiday) Campaign and is currently working to raise awareness among the citizens of Hawaii about the use of Depleted Uranium at the Pohakuloa military base.

Feeling a deep connection with the mother earth, Mayumi has always enjoyed growing her own medicinal herbs and vegetables. In 2000, she started Ginger Hill, a farm and a retreat center on the Big Island of Hawaii. The artistically landscaped 5-acre property is home to a number of workshops and retreats ranging from traditional Hawaiian Hula to medicinal cooking.

Mayumi’s creativity never rests – she works constantly in her studio at Ginger Hill, producing a variety of new paintings and serigraphs of her favorite themes, especially images that celebrate feminine strengths and power.

She handprints her original serigraphs on traditional Japanese mulberry papers. Each sheet is approximately 36×24 with slight variations. Two-part images (diptych format) are on two separate sheets – left and right – often with a single title.

Each serigraph is signed and numbered in pencil by the artist. Due to small edition sizes, many editions, especially prior to 1999 are sold out. For information and availability please contact the gallery. 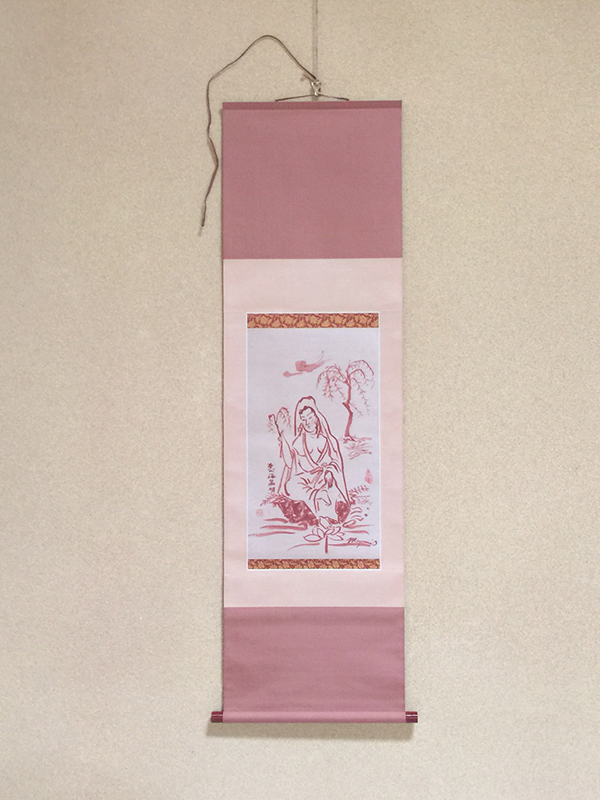 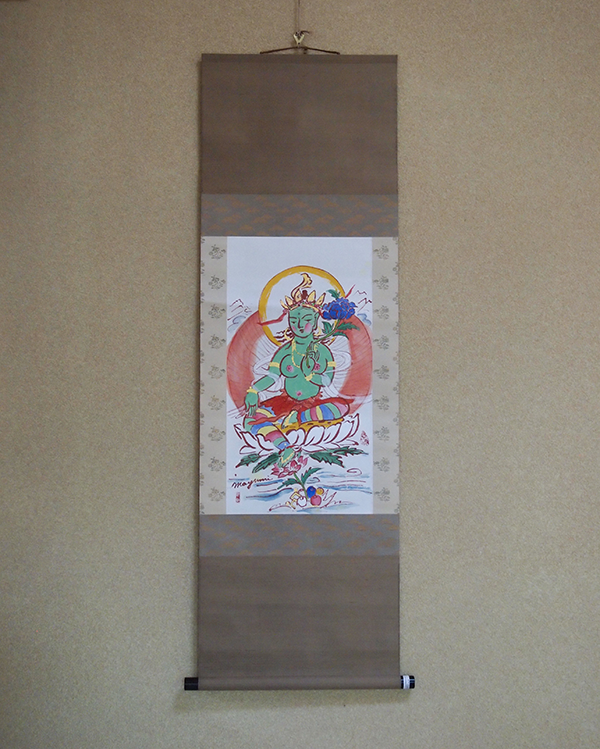 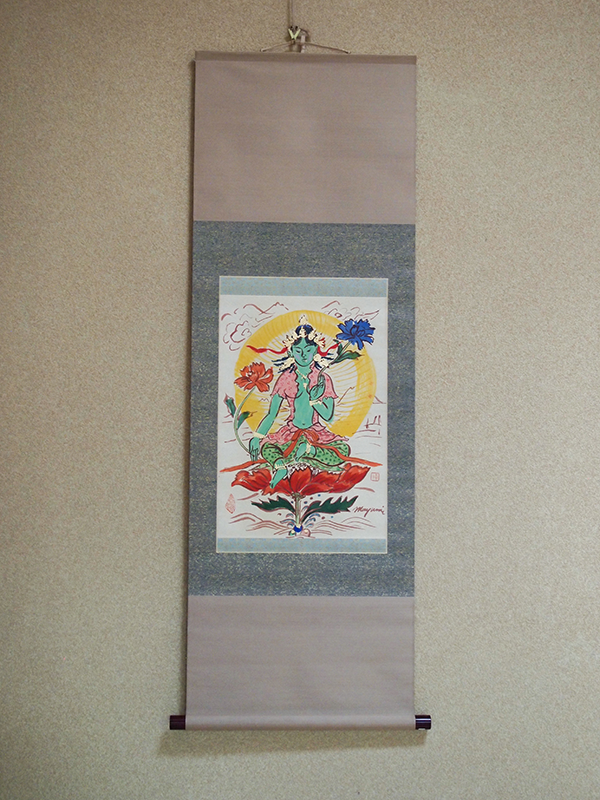 Kannon on the Carp 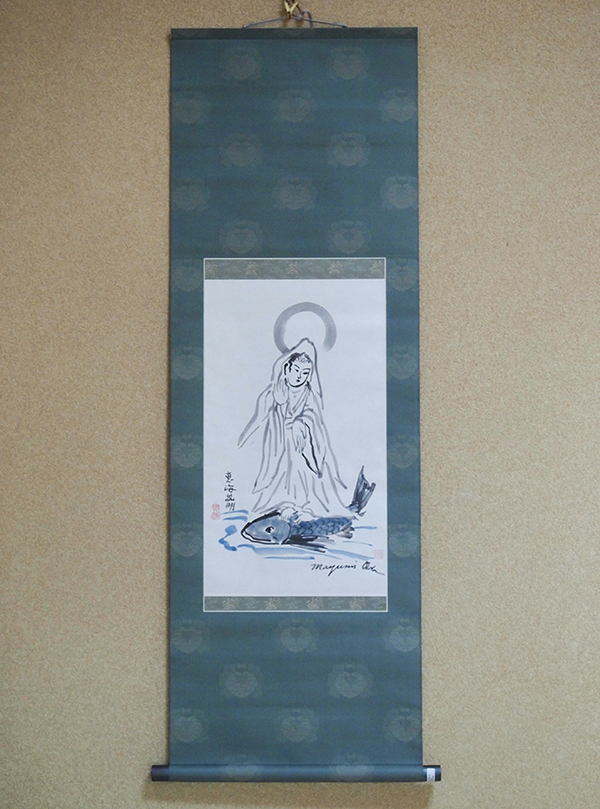 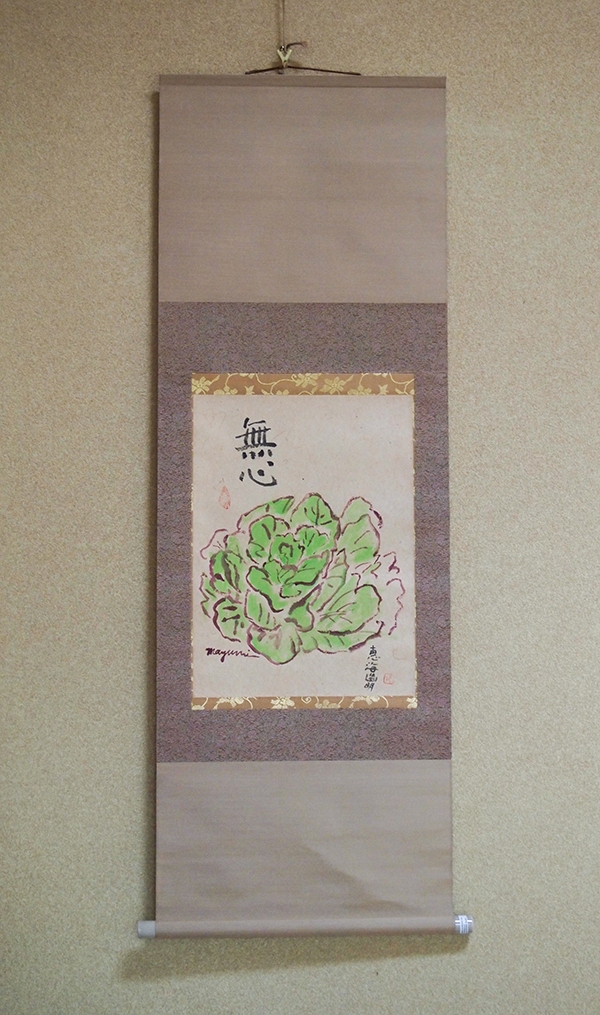 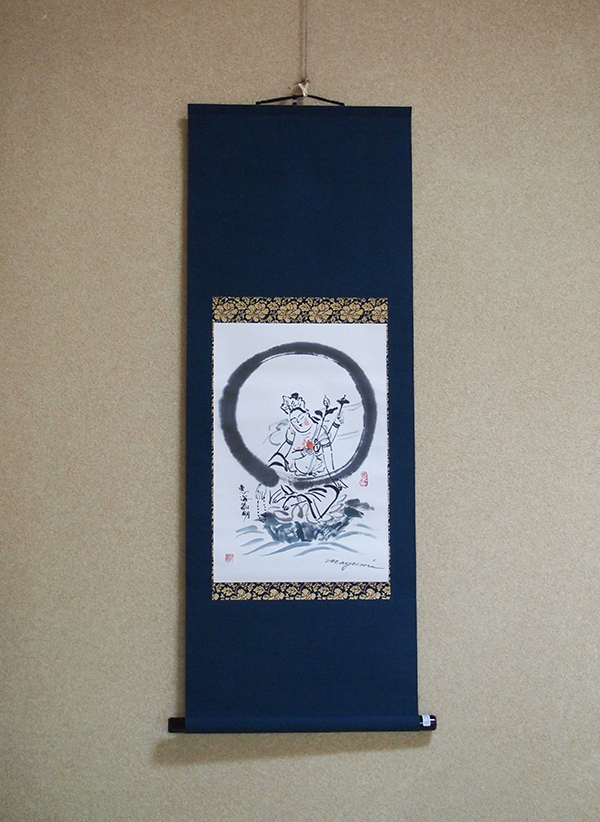 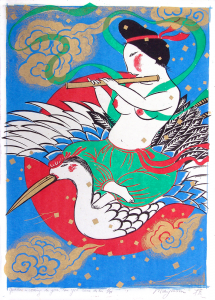 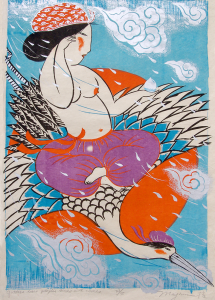 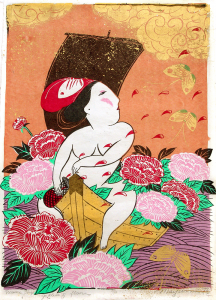 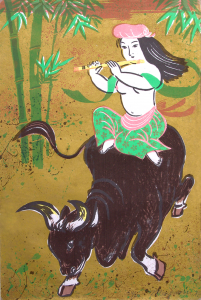 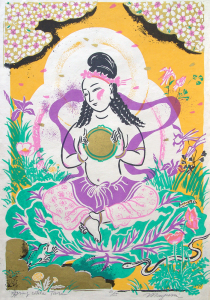 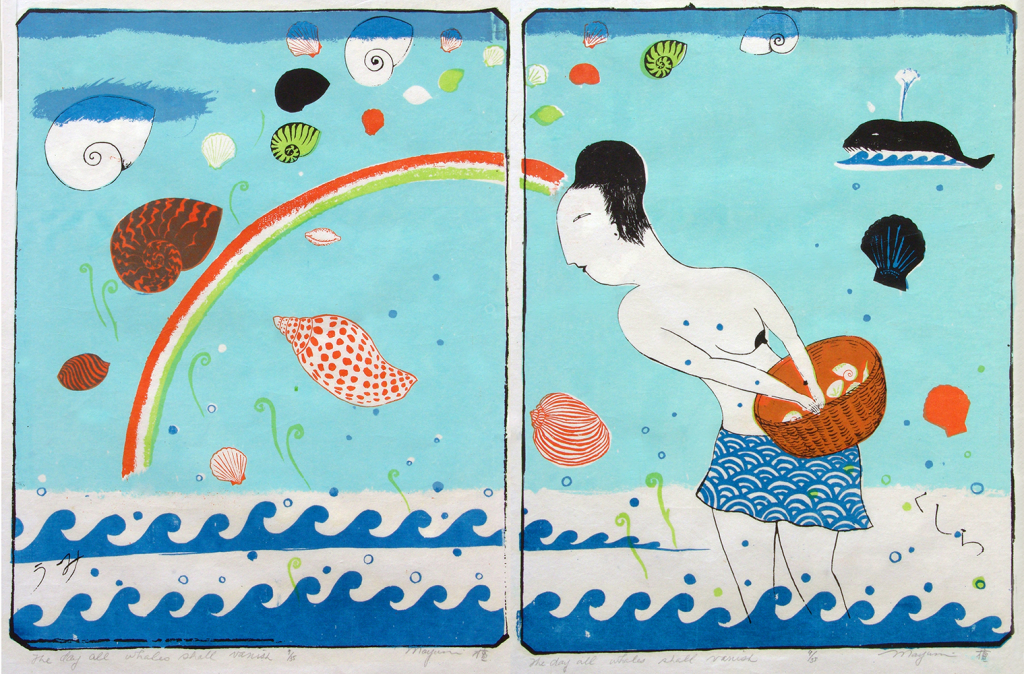 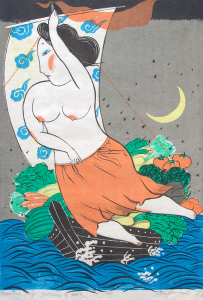 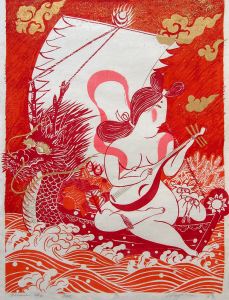 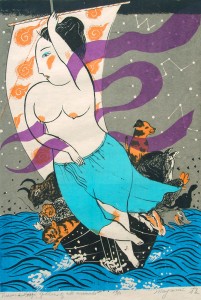 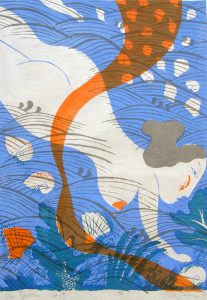 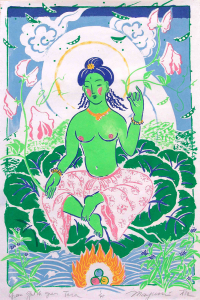 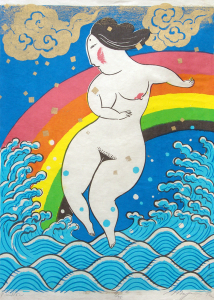 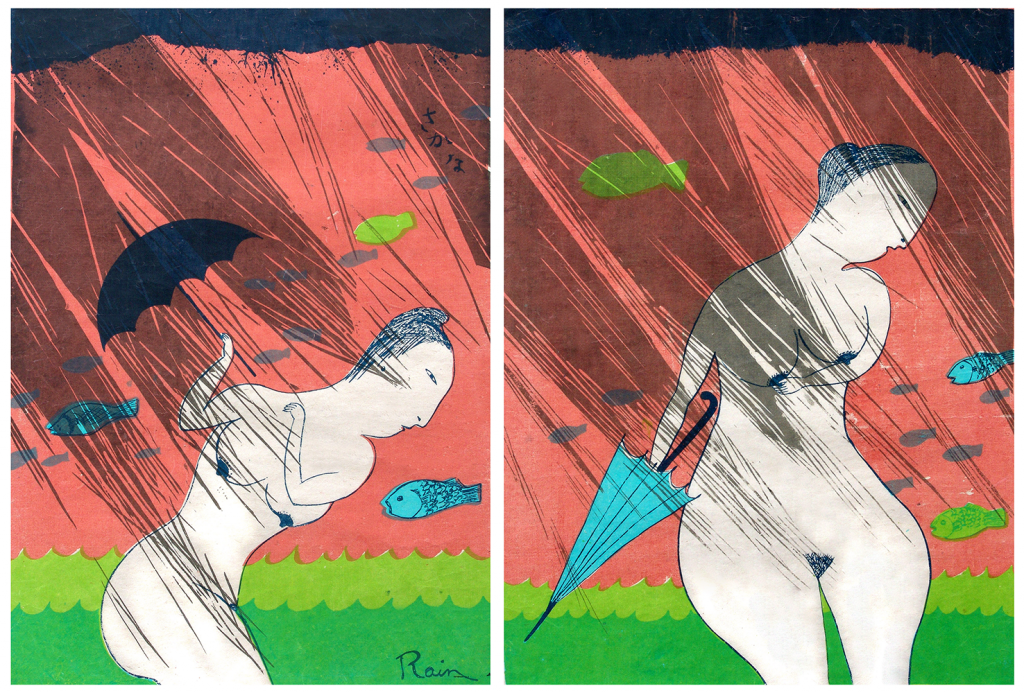 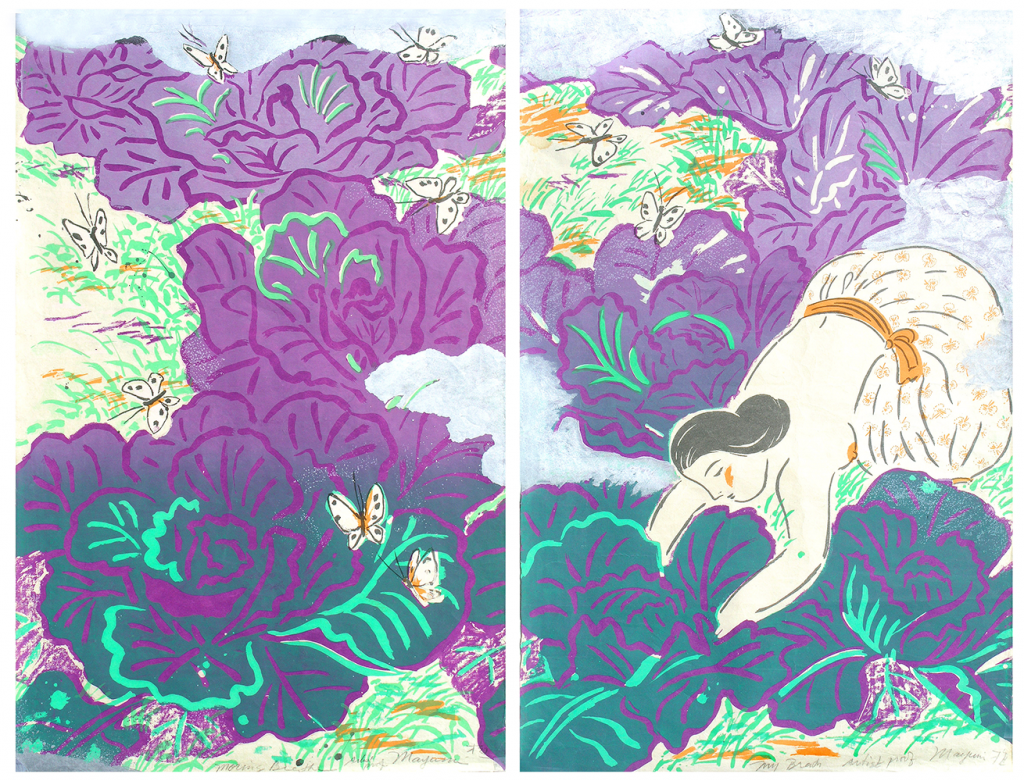